Optimizing Your Omega-3:6 Intake on a Vegan Keto Diet 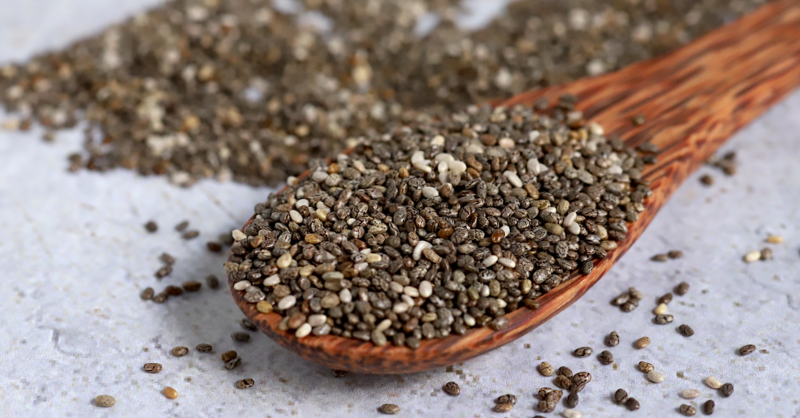 There are many factors that come into play when determining whether you’re getting the optimal amount of omega-3 fatty acids on a vegan ketogenic or low carb diet. In order to balance your intake of omega-3 fatty acids, it’s important to understand the sources of these fats, the conversion of certain types of omega-3s to others within the human body, as well as the optimal consumption ratio for omega-3 and omega-6 fatty acids.

It might seem a bit overwhelming at first, but we’ll break everything down in more digestible pieces, so you can maximize your omega 3-6 intake without any stress.

What kinds of omega fatty acids are in plant foods?

The type of omega-3 fatty acid that is most commonly found in plant foods is called alpha-linoleic acid, or ALA. If you’re looking at scholarly articles or studies, or scouring a food database for hours, you’ll want to look out for this to be written as 18:3 n-3. You may also see ALA written as a-linoleic or α-linoleic. ALA is a long chain fatty acid of 18 carbons, with 3 double bonds. The n-3 refers to the fact that it’s an omega-3 fatty acid.

The type of omega-6 fatty acid most commonly found in plant foods is called linolenic acid, or LA. This can get confusing, as linolenic looks an awful lot like linoleic, but you’ll get the hang of it. Linolenic acid is commonly written as 18:2 n-6, or some variant thereof.

A silly way to remember the difference between ALA and LA off the top of your head, is that ALA has three letters, and is an omega-3. Most of the time, you won’t really need to know this level of detail, but it’s still good information to have!

What about EPA and DHA?

Great question! EPA (eicosapentaenoic acid 20:5 n-3) and DHA (docosahexaenoic acid 22:6 n-3) both EPA and DHA are found in abundance in salmon, and in trace amounts in seaweed, but neither one can be reliably obtained by vegans from diet alone. Your body does convert ALA to both EPA and DHA, though the conversion rate is super low – about 8-20% for EPA and .5-9% for DHA. Not spectacular. However, there have been studies that show that vegans who supplement with ALA do demonstrate an increase in serum levels of the other fatty acids.

If you are concerned about obtaining adequate DHA levels, or have been instructed by a physician to increase your DHA intake, there are vegan DHA supplements available.

What do omega-3 and 6 fatty acids do?

This is a bit of a loaded question, because these fatty acids play a role in a lot of functions in the body. They’re called essential fatty acids for a reason! The short list for omega-3 fatty acids is as follows:

While omega-3 fatty acids are definitely anti-inflammatory, LA converts to AA (arachidonic acid 20:4 n-6), which causes inflammation in the body.

I discuss inflammation in greater detail in this podcast, but the takeaway is that too much inflammation is bad news bears. Given these factors, you can see why it’s important to keep omega-3 and omega-6 fatty acids in balance, something which can be a bit of a challenge on a vegan keto diet.

The world health organization recommends a daily intake of about .8 – 1.1g of ALA and .3 – .5g of EPA and DHA. However, as vegans who are not supplementing DHA need to obtain it from the conversion of ALA, more than 1.1g daily would be needed. There have been a few studies looking at vegans supplementing with ALA, and it looks as though getting around 3.7g daily is enough to raise serum levels of EPA to those of non-vegans.

Like pretty much everything in nutrition and health, this is a fairly nuanced topic. The general consensus in the nutrition community over the past few years has been that consuming omega 3s and 6s in a 1:3 ratio is ideal. However, there is some debate that the ratio might be a little less important than simply consuming enough omega-3 fatty acids.

Because ALA and LA compete for the same conversion pathways, not consuming enough omega-3s leads to the conversion of more LA into the highly-inflammatory AA. Conversely, consuming adequate amounts of omega-3 fatty acids can reduce the potential for inflammation via conversion of LA to AA. To further complicate the issue, the source and quality of the LA plays a role in health as well. We’ll take a look at quality sources of LA in a few paragraphs.

So, while the 1:3 ratio might not be a perfect, it’s a good start when trying to optimize your omega levels. We’ll be using that ratio as a guideline to help better visualize omega-3 and omega-6 intake.

What foods are highest in omega-3 fatty acids?

So, as you can probably tell, the issue isn’t necessarily how to get enough omega-3 fatty acids on a low carb vegan diet, so much as how you can limit your intake of omega-6 fatty acids.

How can I reduce my intake of omega-6 fatty acids?

If you’re eating a pretty standard diet now, limiting your intake of LA can be as simple as eliminating overly-processed oils like Canola (or rapeseed oil), soybean oil, corn oil and other vegetable oils and shortenings. These oils are super high in LA and low in ALA. Because of the amount of processing and heat necessary to create these oils (think about corn for a minute, and then imagine trying to get oil out of that), they’re mostly rancid by the time they hit store shelves anyway. Eliminating these pro-inflammatory oils is definitely a good first step.

Making informed choices about the nuts and seeds you consume is another great way to optimize your omega-3 and omega-6 intake. Many nuts and seeds are pretty high in omega-6 fatty acids, and should be limited, especially if you aren’t consuming adequate amounts of ALA.

The following table lists nuts and seeds with their values of LA (in g/100g serving), and their omega-6:3 ratio (the reverse of the above), for ease of visualization.

To arrive at the information in the tables above, I used data from the USDA Food Composition Database, as well as the Norwegian Matvaretabellen.

How do I achieve a good balance?

In a nutshell (eh??), it’s practice. You can spend hours on Cronometer, painstakingly planning out perfectly curated meals with the exact ratio, but that’s time consuming and ultimately not the best way to learn. Instead, I like to try to eat foods that are higher in ALA and lower in LA, track my food in Cronometer, and then see how I’m doing. Cronometer helpfully provides breakdowns for fatty acid composition of foods found in the USDA database (mostly whole foods, and not so much for processed), so you can see as you go what your day’s intake looks like.

Eventually, you start to figure out what you need to eat to achieve that balance.

I hope this post provided some clarity on how to balance your omega-3-and-6 fatty acid intake! If you’ve got any questions or feedback, I’d love to hear it in the comments!

1 thought on “Optimizing Your Omega-3:6 Intake on a Vegan Keto Diet”