Can You Eat Beans on a Vegan Keto Diet?

When you think of the foods you can eat on keto, beans likely don’t come to mind. In fact, many keto blogs recommend avoiding legumes entirely. This is not one of those blogs. I went vegetarian almost two decades ago, and went vegan back around 2011-2012, so I’ve eaten a lot of beans in my life. When I first went keto, I completely avoided them, but have since learned to embrace them in moderation.

Why do people avoid beans on keto?

There are actually a few reasons for this, but the most prominent is the high carb content of most beans. People who stick to a stricter version of keto and try to keep their carb counts under 20g per day may have a difficult time incorporating most types of beans into their macros.

The second reason people often avoid beans is that they contain lectins and phytic acid. Lectins have been shown to damage the intestinal lining and phytic acid binds to nutrients and reduces absorption. The good news is that cooking significantly reduces the amount of lectins, and soaking reduces both the lectin and phytic acid content. Mark Sisson wrote a great article on this very subject that is quite informative.

Finally, some people avoid beans because they can be difficult to digest. If you’re in this group, then you probably won’t want to eat them, regardless of the nutritional value. If not, read on!

Why are beans important to vegans on a ketogenic diet?

In short – lysine. Lysine is an  amino acid that is necessary for our bodies to produce proteins. It’s one of the nine essential amino acids that humans cannot synthesize, and so it must be obtained from diet. Animal products contain a full spectrum of essential amino acids, so vegetarians, pescatarians and other keto-tarians that consume a serving of animal products each day don’t really have to worry about lysine.

Things are a little different for those on a vegan diet, and even more so on a ketogenic vegan diet. Legumes, particularly soy, lupins and peanuts are some of the best sources of lysine. Pepitas, sunflower seeds and almonds also feature pretty prominently on that list. Quality vegan protein powder blends will also contain lysine, which is good news for those that cannot tolerate too many seeds, nuts or beans.

While some seeds and nuts are good sources of lysine, beans are really the most lysine-rich option.

What beans can I eat on a vegan ketogenic diet?

Technically, you can eat any beans on a plant-based keto diet. I’ve said it before and I’ll say it again: keto is not just a list of foods you are “allowed” to eat. While having a list of keto-friendly foods is a really helpful starting place, you can hop out of the box and eat things that aren’t traditionally considered “keto foods.” As long as you stay in ketosis, you are eating keto. 🙂

Beans fall into this “out of the box” category, as they tend to be a little higher in carbs. As I mentioned before, those eating below 20g of net carbs a day may struggle with trying to fit legumes into a whole-foods, plant-based keto diet, but many people can maintain ketosis while eating anywhere between 20-50g of net carbs each day. At the higher end of the spectrum, it’s much easier to sneak in 1/4 cup of hummus with celery or 1/4 cup of black beans with some cauliflower rice.

Unfortunately for those who have issues with soy, it really is the best source of protein as far as beans go, there are however other options! I’ve compiled a list of the beans with the fewest net carbs per serving. This list is per 1/2 cup (from the USDA Food Composition Database). As you can see, soy/edamame and lupins (also called lupini beans) are the options with the fewest net carbs, but 1/4 cup of black beans, great northern beans or garbanzo beans (chickpeas) could easily be fit into your daily macros if you were eating around 30g of net carbs.

Nutrition per 1/2 Cup of Beans 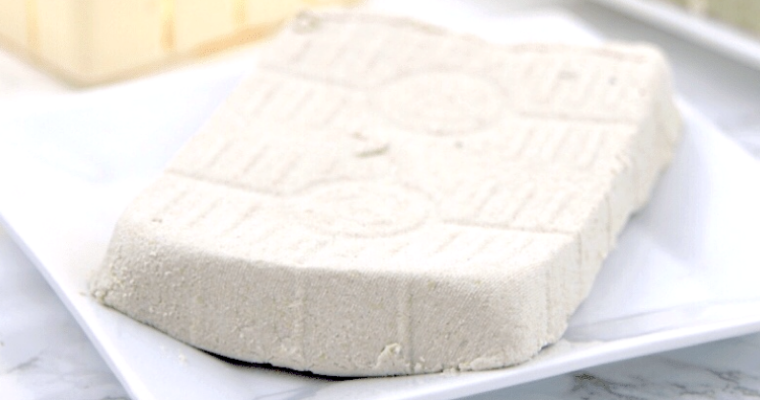 A while ago, I found a recipe online for hemp tofu, and I tried it…and I really didn’t like it. At all. It was gritty and crumbly and really just didn’t do it for me. I also bought some hempfu at the grocery store to […]

1 thought on “Can You Eat Beans on a Vegan Keto Diet?”