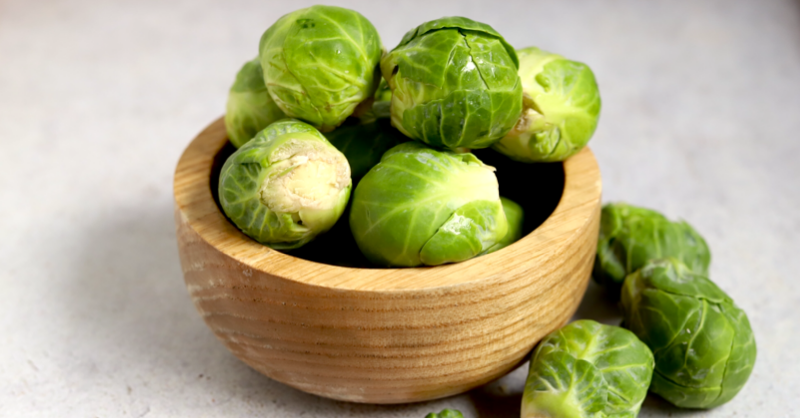 It seems like every month, we’re introduced to a new superfood from some far-fetched corner of the world that promises to be more nutrient dense than any other food we’ve ever seen before. Yes, these foods are all great and full of a wide variety of nutrients, but it’s kind of unnecessary to spend that much money on these foods when there are a ton of “superfoods” in every grocery store.

Something is classified as a superfood when it contains an unusually high amount of nutrients for its caloric count, and this classification makes these foods more desirable. But, we don’t need to import nuts and berries and mysterious roots from all around the globe just to eat incredibly nutrient dense foods! These superfoods are all readily available in pretty much any grocery store, at totally reasonable (and even cheap) prices.

Because it’s fall where I am, these foods are all seasonally related, so you can get the most out of the season!

The nutritional information in this post all derives from one of my favorite food books ever, The Encyclopedia of Healing Foods. This book was on the syllabus for my first nutrition course when I was in school, and I have used it diligently for over five years. It’s incredibly well sourced and cited, and contains information on basically any food you can think of. I really can’t recommend it enough.

Anyway, on to the budget-friendly superfoods!

I’m a HUGE fan of mushrooms, of both the culinary and medicinal varieties. I especially love how nutrient dense mushrooms are, for how little they actually cost. Yes, you can certainly find very expensive mushrooms at the grocery store, but that’s not what we’re here for.

In addition to adding some richness and heartiness to meals, mushrooms are loaded with B vitamins, iron, protein, fiber and vitamin C. However, the most exciting nutritional aspect of mushrooms is their polysaccharide and beta-glucan content. Studies have shown that not only do these mushroom-specific compounds have anti-cancer properties, they also provide a boost to immune function, and are thus far, only found in mushrooms (Murray, 2005).

I know, you’re probably a little confused as to why such a basic food is listed on a superfoods list, but hear me out – cabbage is pretty amazing. In addition to providing high amounts of vitamin C, potassium, folic acid, vitamin B6, biotin, magnesium, calcium and manganese, cabbage (of all types) contains a wide variety of powerful phytochemicals (Murray, 2005).

Studies have shown these phytochemicals – glucosinolates in particular – to have anticancer properties. In fact, the cabbage family  (cruciferous vegetables) contains more anticancer phytochemicals than any other vegetable family (Murray, 2005). Additionally, cabbage has demonstrated incredible efficacy in the treatment of peptic ulcers.

Winter squashes like butternut, spaghetti squash, delicata and a whole other slew of varieties are pretty readily available throughout fall, winter and even spring. These richly-colored superfoods are high in beta-carotenes, as well as vitamin C, potassium and B vitamins. The beta-carotenes in squashes have demonstrated anti-cancer properties, as well as the ability to protect against type II diabetes. Interestingly, pumpkin consumption has been linked to the greatest protection (Murray, 2005).

There are loads of vegan keto pumpkin recipes here!

Flax seeds are loaded with nutritional benefits, but the one that always stands out the most to me is its omega-3 fatty acid content. If you’re looking for a quick and easy way to balance your omega intake, look no further than these little seeds. They’re about $3/lb at the grocery store (or less!), and just a little bit contains quite a hefty dose of alpha lineolic acid.

Read more about flax and balancing your omegas here, and check out this recipe for pumpkin flax crackers.

Okay, so not purely a “fall” food, cinnamon is pretty darn amazing. It’s one of the oldest spices known, with even the Egyptians using it medicinally and as a beverage flavoring. Studies have shown cinnamon to be an effective smooth muscle relaxant, circulatory stimulant, antibiotic, anti-ulcerative, diuretic, digestant, anticonvulsant and diaphoretic. One study of 60 people with type II diabetes even showed that taking 1-6g of cinnamon every day lowered fasting blood glucose by 18-29%, triglycerides by 23-30% and LDL cholesterol by 7-27%!

Cinnamon also just tastes excellent, and can make dishes taste sweeter without adding additional sugar! As Barry pointed out in the comments below (thanks, Barry!), if you’re going to eat cinnamon daily, you should aim to go for ceylon cinnamon (it will be marked as such!) instead of the more-common cassia – you’re worth it!

Those with a history of oxalate-containing kidney stones should also talk to their doctor before adding cinnamon to their supplement routine!

Not only do these tiny members of the cabbage family pack a lot of the same nutritional benefits as other cruciferous veggies, they are also a surprisingly good source of omega-3 fatty acids!!